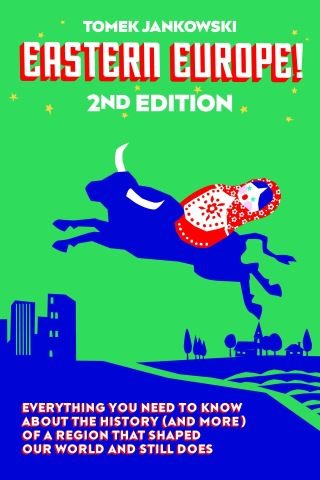 ➢ A much-needed 2nd edition of the critically acclaimed, first comprehensive, English-language informative AND highly entertaining overview of a region of vital importance to the European--and global--economy and that represents the ancestry of tens of millions of North Americans and others throughout the world ➢ With Russian-US relations and the Ukraine conflict so much in focus, especially under the current US presidential administration, there will likely be tie-in news events in spring 2019 to coincide with publication. ➢ VIP foreword possible ➢ Appr. 20% new content, including a major new section on the postcommunist era and an expanded appendix (e.g. country-by-country tips for travelers and businesspeople) ➢ The 1st edition has seen sales of some 6,000 print copies at $24.95 since 2013 and has been widely⎯and very well⎯reviewed (39 customer reviews at Amazon, 4.5 stars) ➢ The first book to demystify a region whose history has helped shape our own, but that to date has been addressed comprehensively only by scholarly works ➢ Ideal for students, businesspeople, travelers, and history buffs ➢ The author combines extensive experience in the region, a degree in history from a leading university, and years as an analyst in the corporate world--and vouched for by scholars. Events will include not only bookstores and libraries but also colleges and companies that do business in the corporate world. ➢ Given the author’s business background, if speaking engagements can be made at companies that do business in Eastern Europe, there may be an opportunity for group sales ➢ With the 2nd edition, a push for academic course adoptions⎯for intro courses to the region, esp. on the undergrad level and for early grad students⎯will be in order

Tomek Jankowski: Tomek Jankowski⎯who was raised in a Polish family in Buffalo, New York⎯worked, studied, and traveled in Poland, Hungary, and other regions of Eastern Europe from the late 1980s to the mid-1990s, gaining a functional literacy of several languages in the process. He holds a degree in history from the State University of New York at Buffalo. Currently he is a senior analyst at a research firm that specializes in producing market analysis for the management consulting world, where he has authored numerous reports focusing on Eastern Europe and other emerging markets regions, as well as the financial services industry. Married to a native Pole, he lives in Londonderry, New Hampshire and still spends time in Eastern Europe.